From SpenchWiki
Jump to: navigation, search

Download it here! This is the new & updated Fast Auto-correlation sink for GNU Radio based on Frank's work. His original one is no longer compatible.

Frank of radiorausch fame put together an excellent page (and some code) on performing real-time auto-correlation with GNU Radio and the USRP.

Unfortunately the code no longer works with the new version of GNU Radio, so I upgraded it and wrote some XML block definitions enabling its use as a graphical sink in GRC (GNU Radio Companion).

Please refer to Frank's page for the gory details. Suffice to say that his FAC (Fast Auto-Correlation) implementation exploits the Wiener Khinchin theorem, which in this context essentially means that if you take the FFT of the power spectrum of a signal (i.e. two FFTs), "we have a particularly fast way of calculating auto-correlations" - Frank. 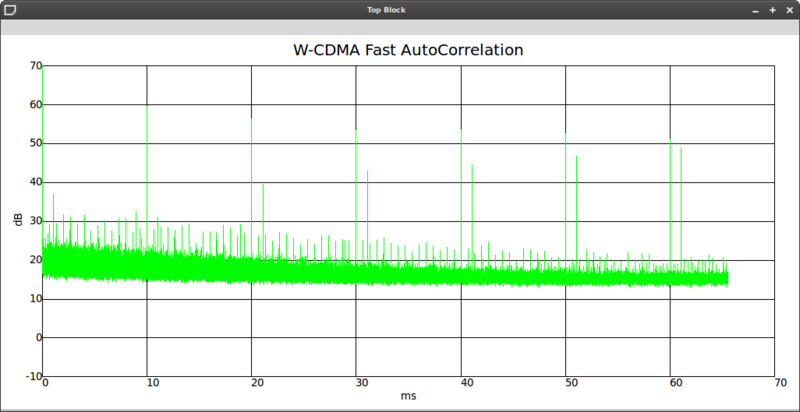 In GRC, the FAC sink appears as such: 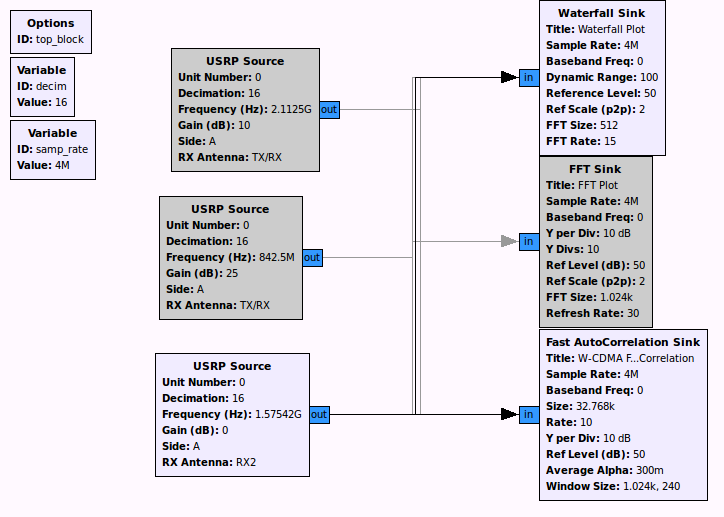 It is now better to get the code from gr-baz. (Installation, paths, etc, is all automatic.)

Please let me know how this block works for you!

This separate code will no longer updated, but still works nicely:

Make sure you either place the Python code where Python will find it, or in a location that you add to your PYTHONPATH environment variable.

The XML block definition needs to be found by GRC. You can place it: